Home → About Us → Leadership Team

We meet extraordinary challenges with extraordinary talent. These industry leaders are pushing the boundaries of what’s possible when it comes to powering your story. 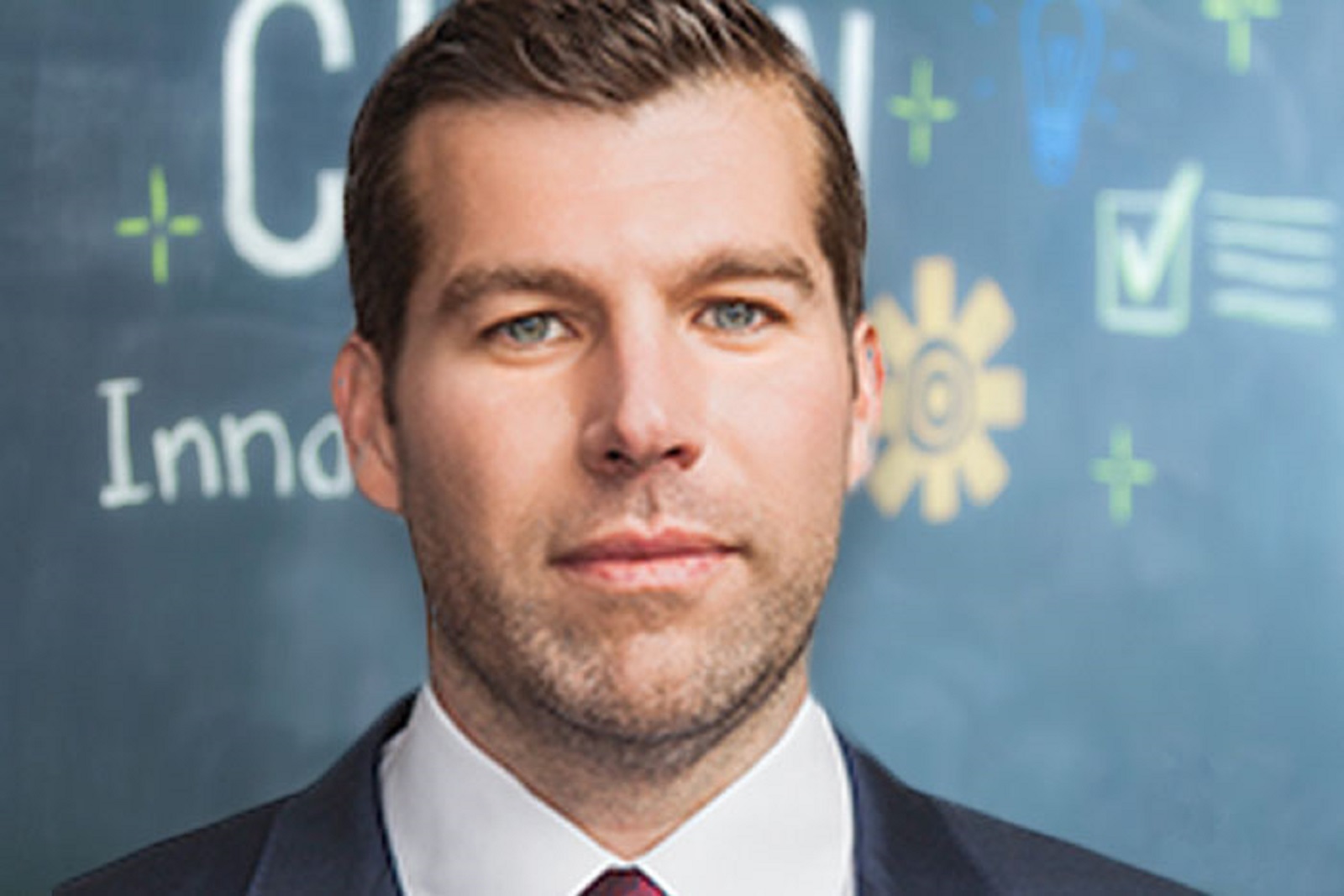 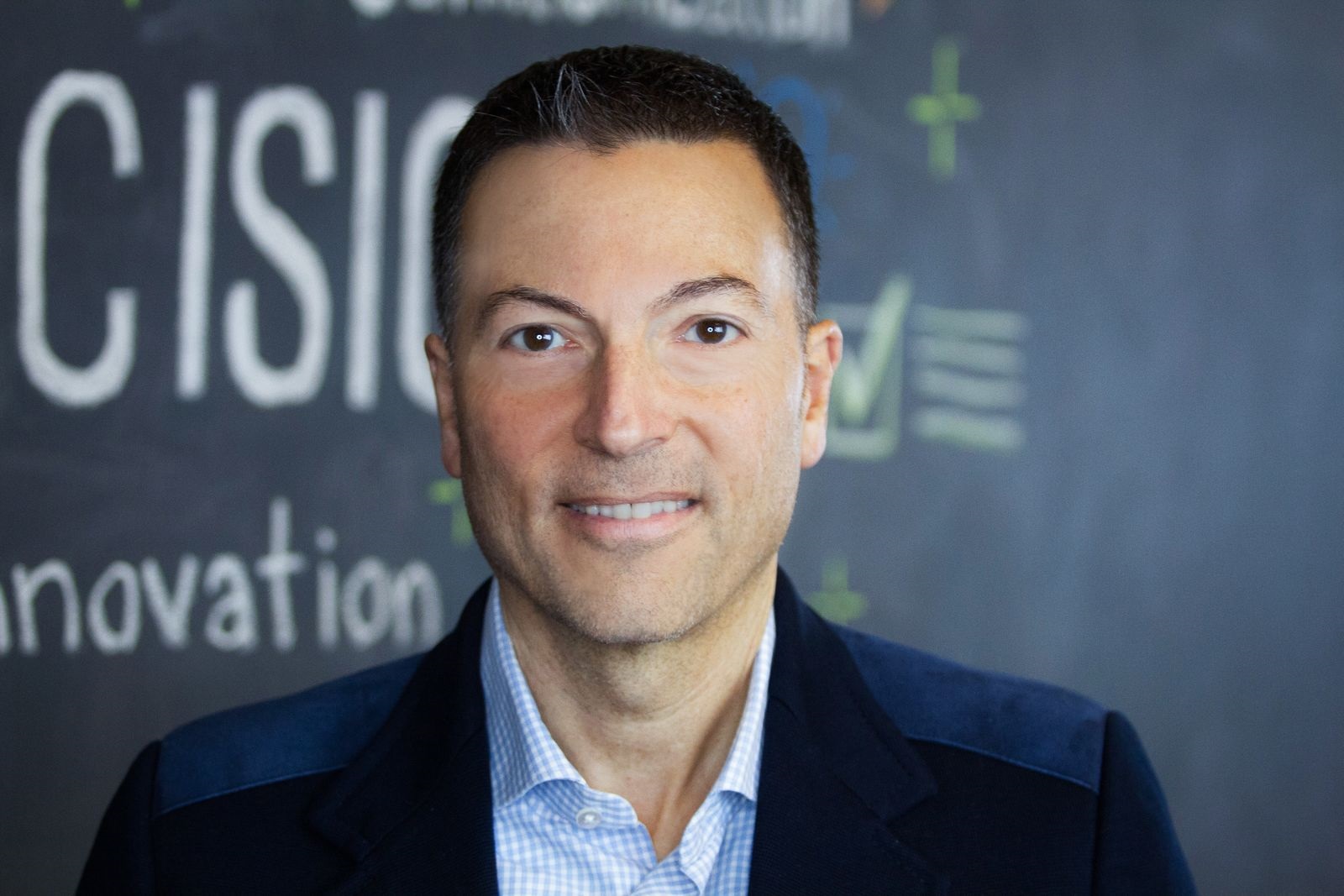 Prior to Cision, Pearlstein was CFO of Six3 Systems, Inc., a leading provider of software development, sensor development and signal processing services to the intelligence community. As a CFO, Pearlstein has led three different companies through their initial public offerings: AppNet, DigitalNet and Solera.

Pearlstein is a CPA and received his Bachelor of Science in accounting from New York University. He also holds an MBA in finance from The George Washington University. 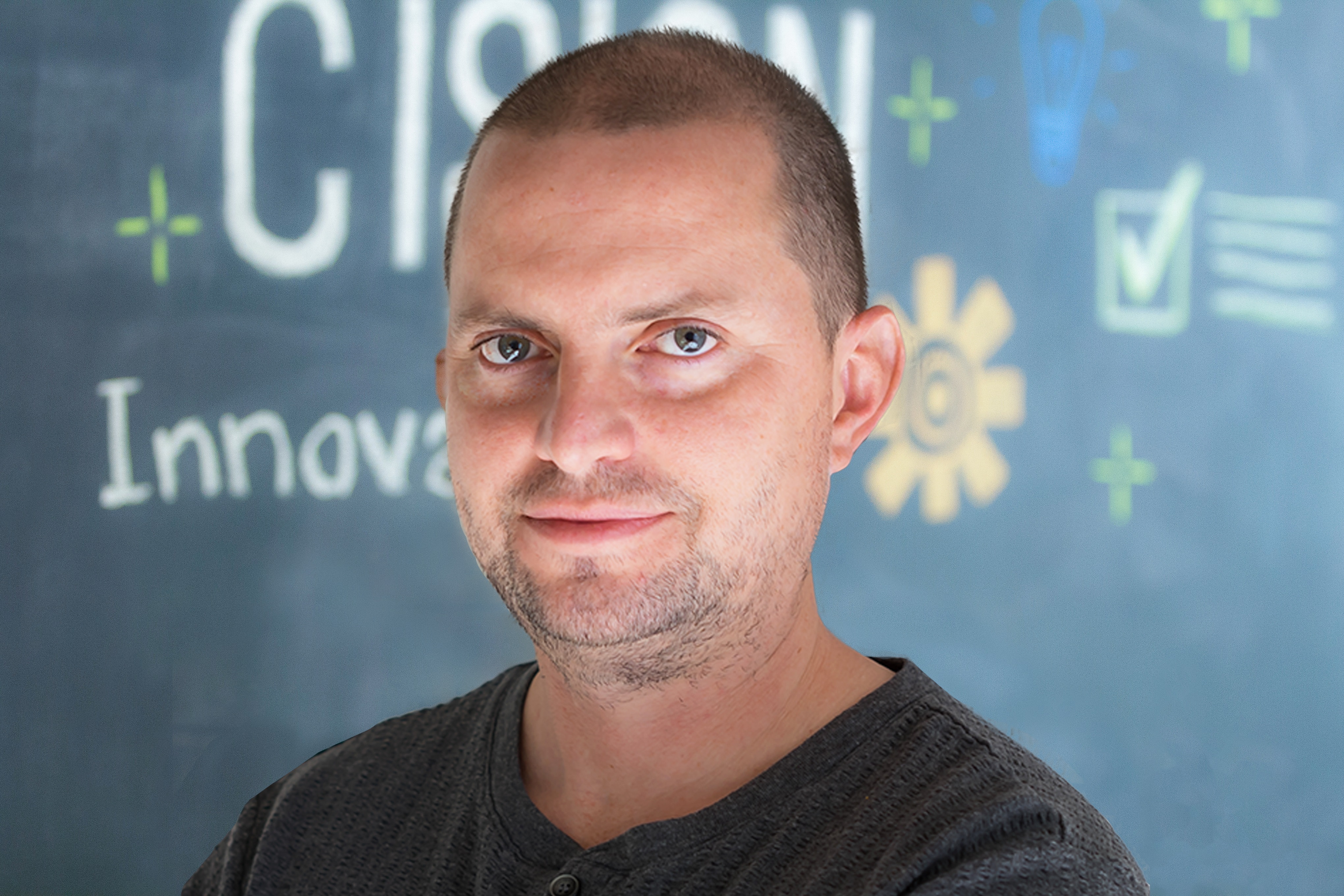 Previously CEO of TrendKite, Huddleston strives to infuse the TrendKite team's dynamic, fast-paced strategy with the legacy and depth of Cision, building on both teams' dedication to a customer-first approach.

Huddleston studied at the University of Texas at Austin in the Plan II Honors Program. Outside of the office, you’ll find him mentoring young entrepreneurs, perfecting a martial arts move, or cheering on his kids at their sporting events. 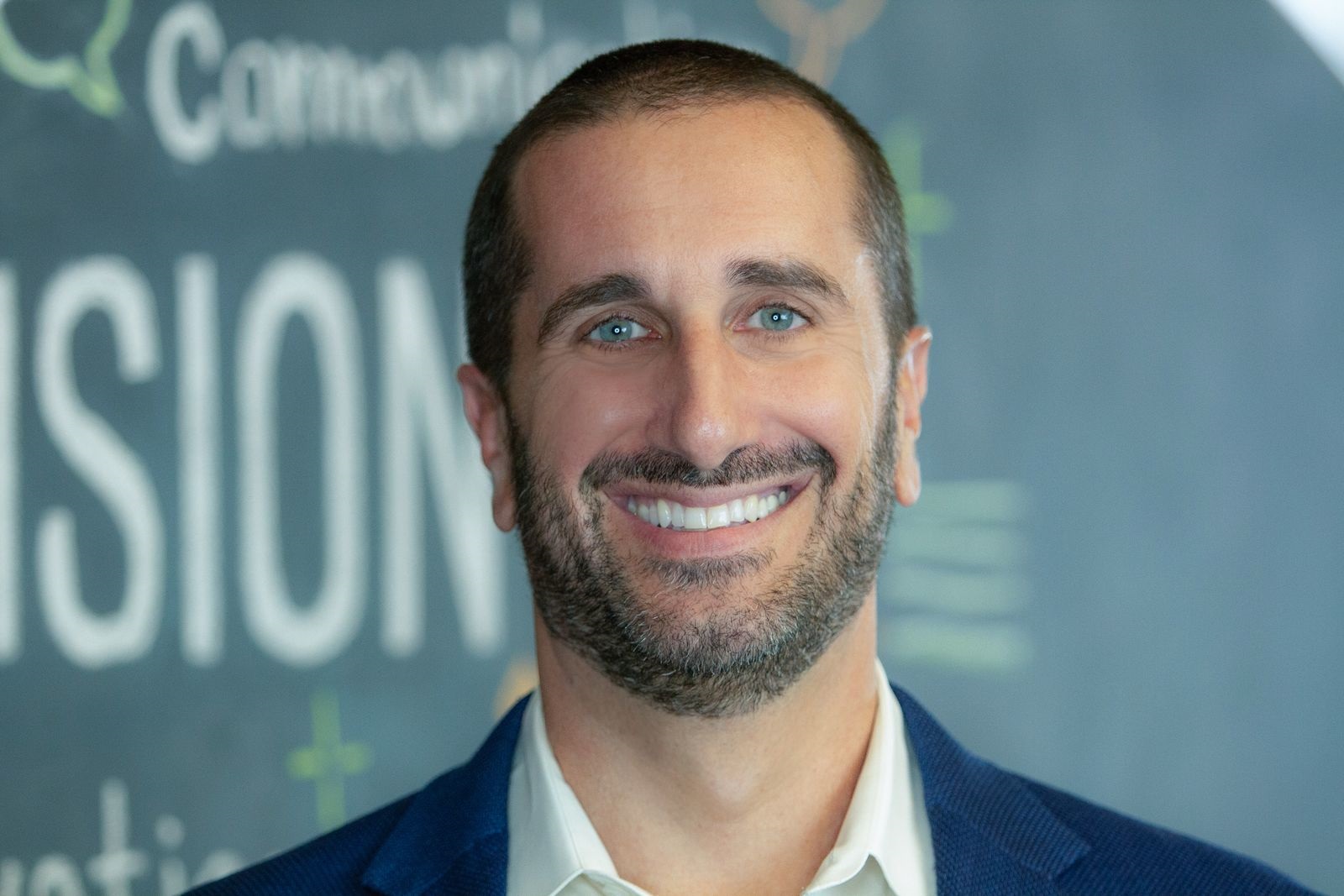 Greg Spratto
Chief Operating Officer
Gregg Spratto is Chief Operating Officer at Cision. In his role, Spratto oversees operational management, with an emphasis in Sales Operations, M&A integration, customer service and business automation. With more than 20 years of experience, he is responsible for maximizing the company’s technological investments and operational functions to drive extensive and sustainable growth.

Prior to joining Cision, Gregg was Vice President of Operations at Autodesk, a multi-billion-dollar multinational design, engineering and entertainment software company. During his time at Autodesk, he held various critical roles to the operations function. Most notably, Gregg led the strategy and execution of integrating the IBM Watson platform into Autodesk as a means of handling inbound customer service inquiries.

Gregg holds a BA from Indiana University Bloomington in Political Science and Journalism. 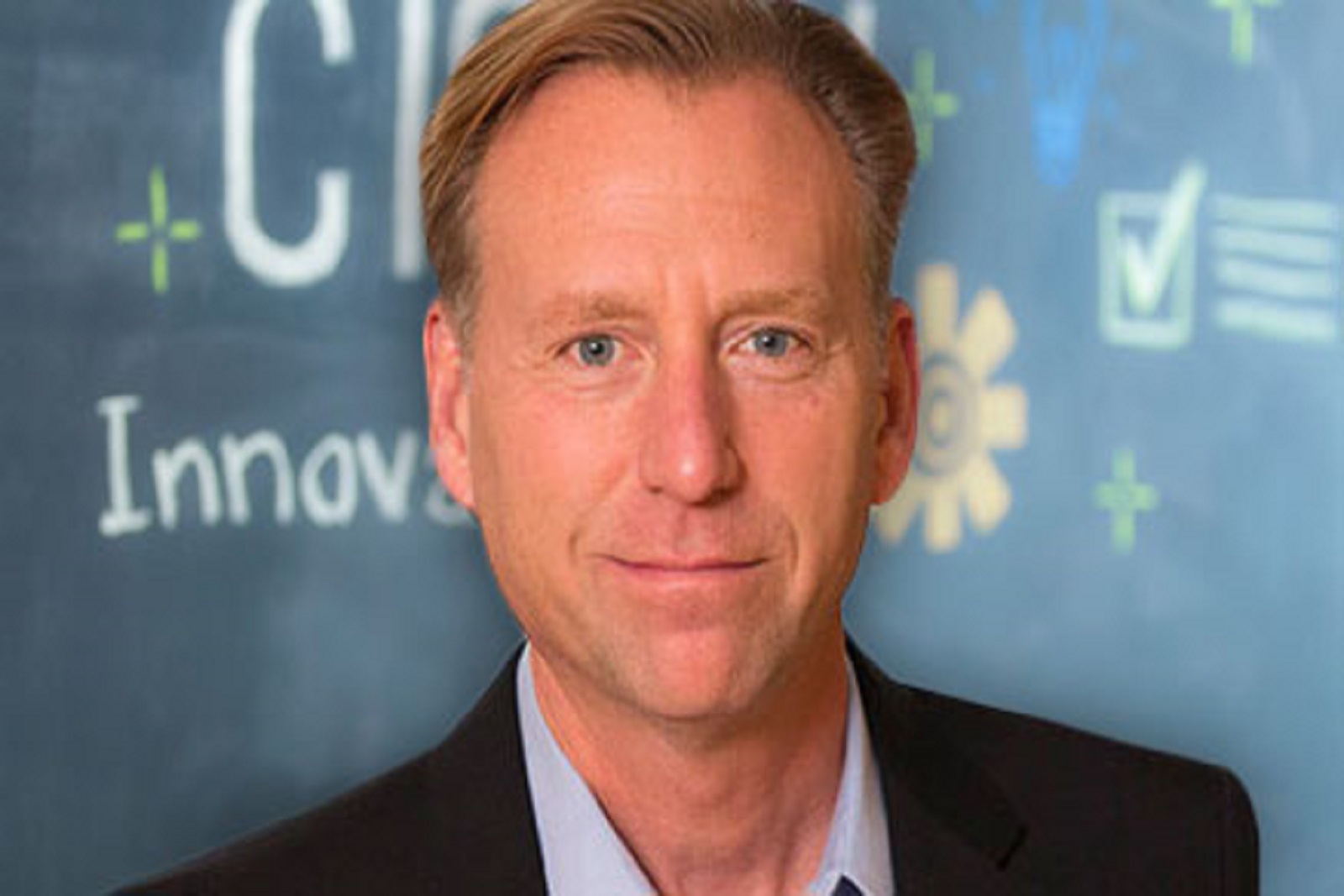 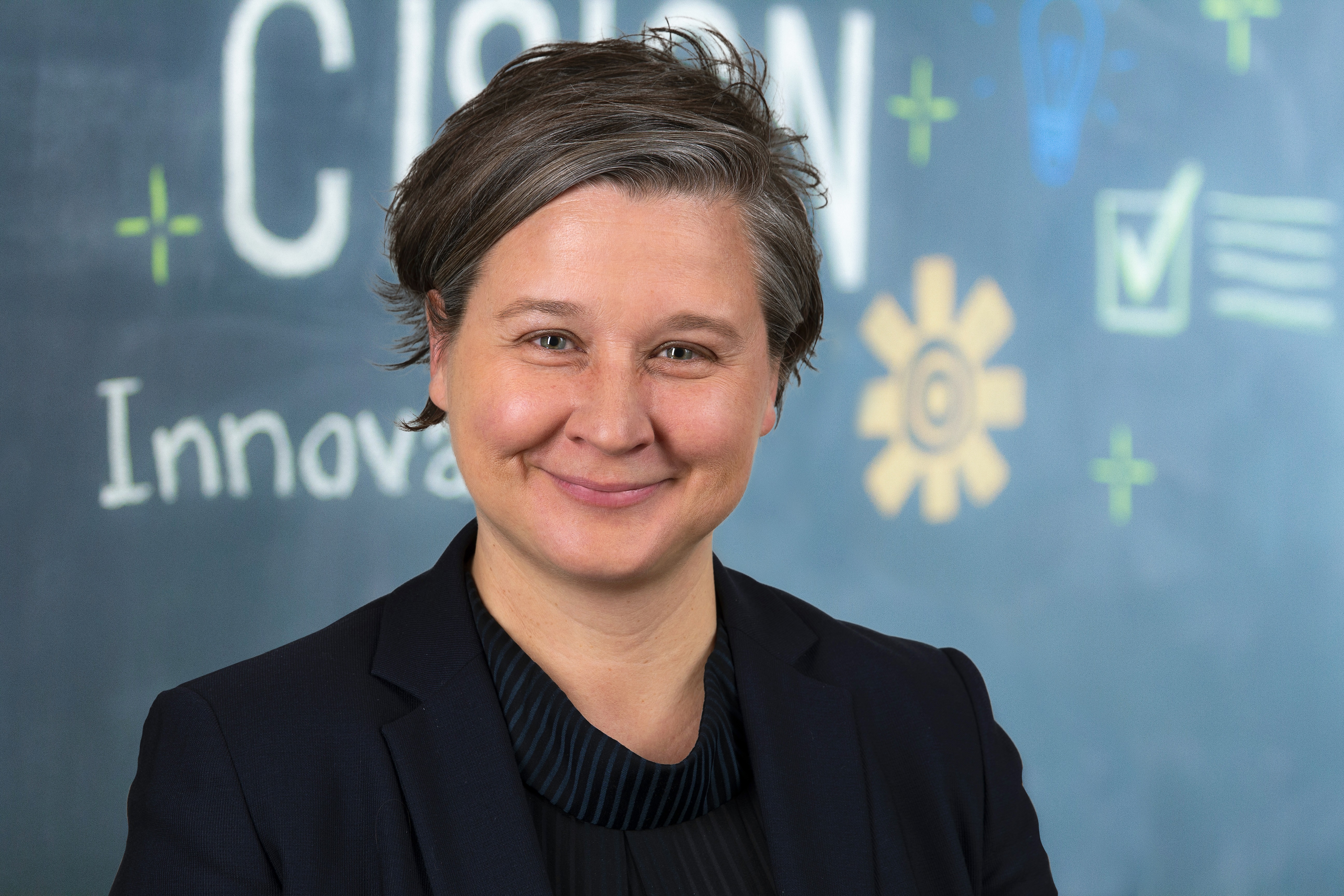 Nicole Guillot
Chief Content Officer; President, Canada & Latam
Nicole Guillot is Chief Content Office and President, Canada & Latam for Cision. In this role, she leads the Global strategy for all inbound and outbound content for Cision; along with operational and strategic activities across Canada and Latin America. Nicole’s career has taken a cross-functional journey across all areas of business, within the news and information industry. She has served as corporate director and primary representative in Canada since 2016. Previous to Cision’s acquisition of Canada Newswire (via PR Newswire), Nicole was President & CEO of Canada Newswire, a role she began in 2013, following two years as Senior Vice President, Global Products for PR Newswire.

Of particular interest to Nicole is work that transforms the way we distribute and engage with content in the digital environment, with focus on analytics that deliver actionable insights.

Nicole is a graduate of the University of Ottawa and based in Toronto, Ontario. 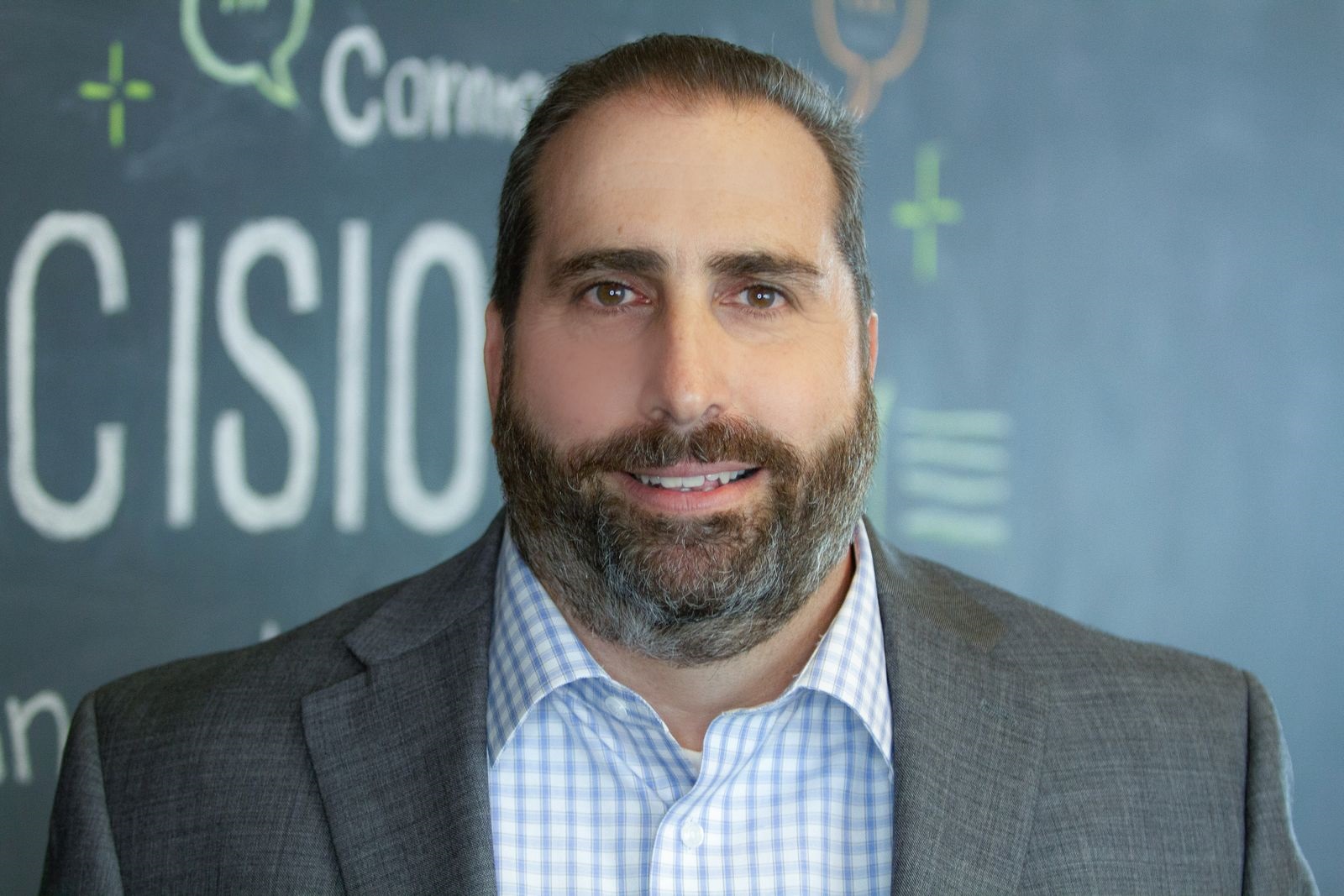 Robert Coppola
Chief Information Officer
Robert Coppola is responsible for managing and enhancing Cision's technology capabilities and security posture on a global basis. Prior to joining Cision, Coppola spent four years with McGraw-Hill Financial as the Chief Information and Technology Officer for S&P Capital IQ and S&P Dow Jones Indices, a leading provider of ratings, benchmarking and analytics in the global capital and commodity markets. There, he was responsible for driving the overarching technology strategy, architecture and development in addition to evolving multiple silo-based teams into one global operating team. He has also held leadership positions with Thomson Reuters and Bloomberg LP. Coppola holds a Bachelor’s in Economics from Rutgers University. 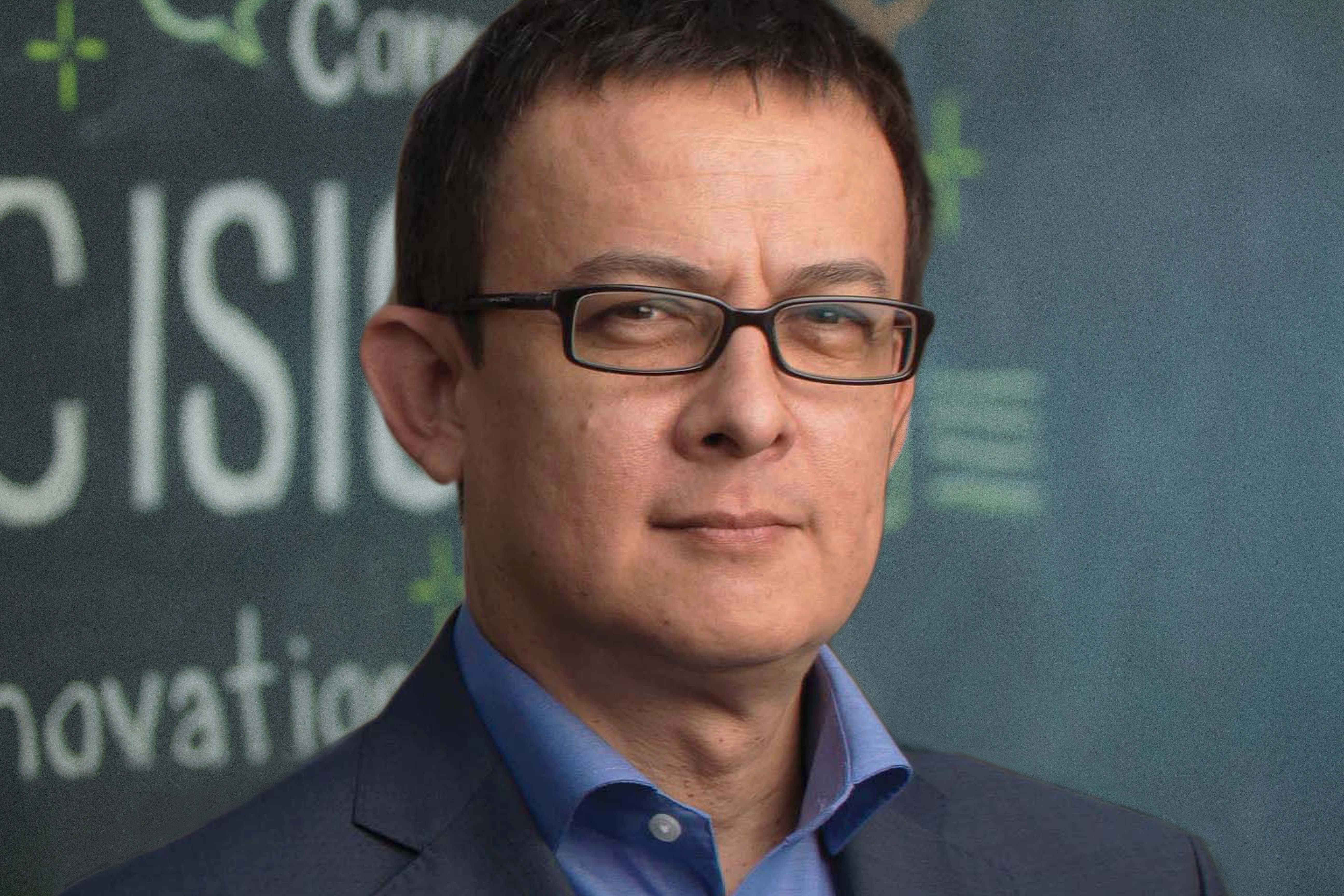 With more than 20 years of experience developing multinational organizations, Low was one of the founders and CEO of Precise Media Group, where he led the company through a period of rapid growth resulting in its acquisition by Kantar Media. He subsequently worked as Chief Strategy Officer at Kantar Media, where he led the integration of the company's monitoring and evaluation businesses in Europe. Low's deep experience in the industry also includes roles as CFO and Managing Director of PR Newswire Europe, where he spearheaded the company's business expansion across Europe. 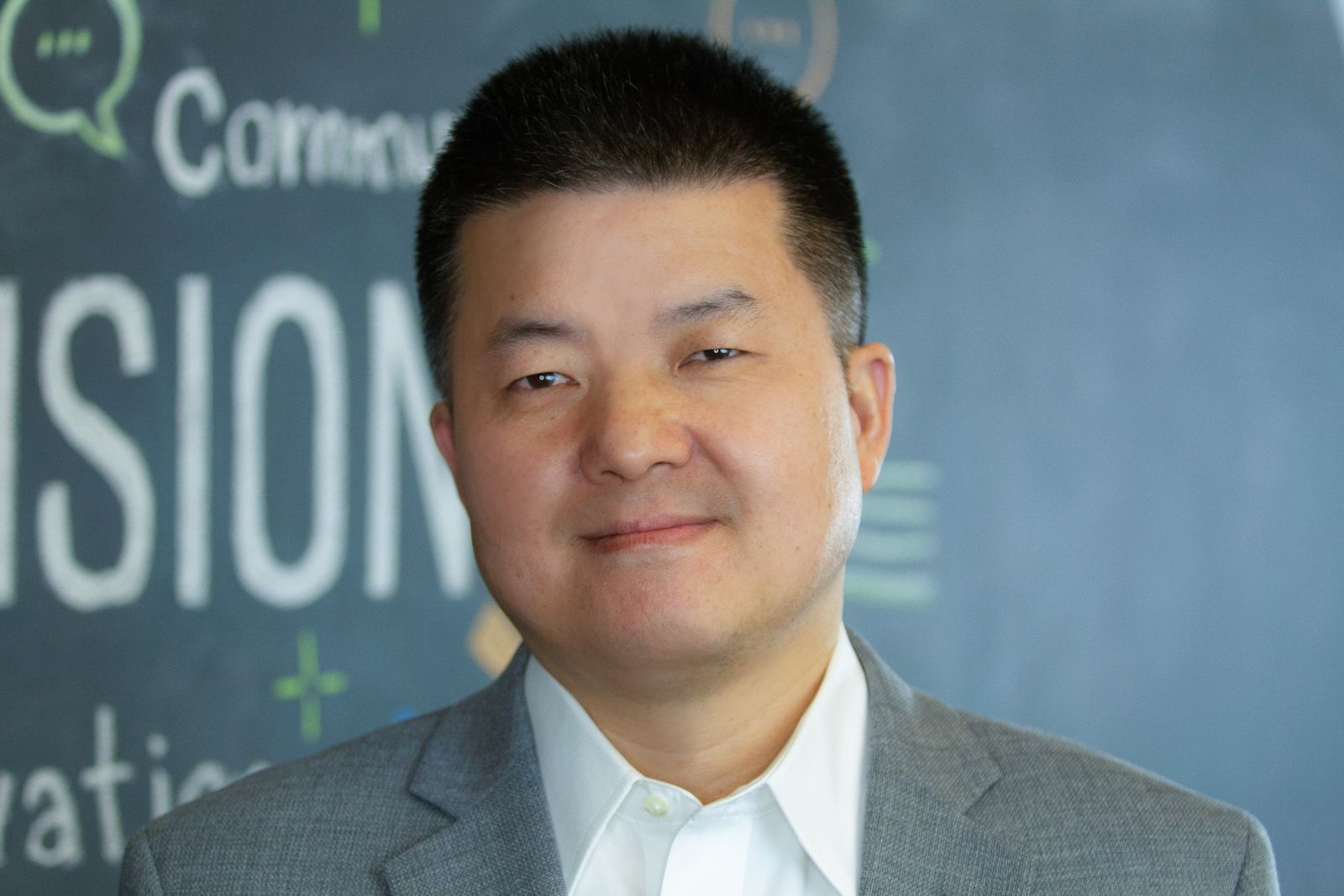 Chen joined PR Newswire in late 2003 to lead its efforts in developing its media distribution network in China. His role steadily expanded to include sales and marketing, editorial and customer services, product development and innovation. Working with his team, Chen pioneered the commercial newswire industry in a market where few believed it had any future and helped establish the company as the dominant player in providing news distribution, financial disclosure as well as media intelligence and monitoring services to customers. He was promoted to head of the company’s business for the entire APAC region in 2013 and currently leads a team of some 200 professionals working out of over a dozen offices across the region, serving thousands of global and local customers with their communications needs.

Prior to PR Newswire, Chen had worked in many sectors of the media and publishing industry and held various positions at CNBC Asia, Deluxe Global Media, Beijing Television, among others. Chen holds an MBA degree from the Anderson School of Management at UCLA. 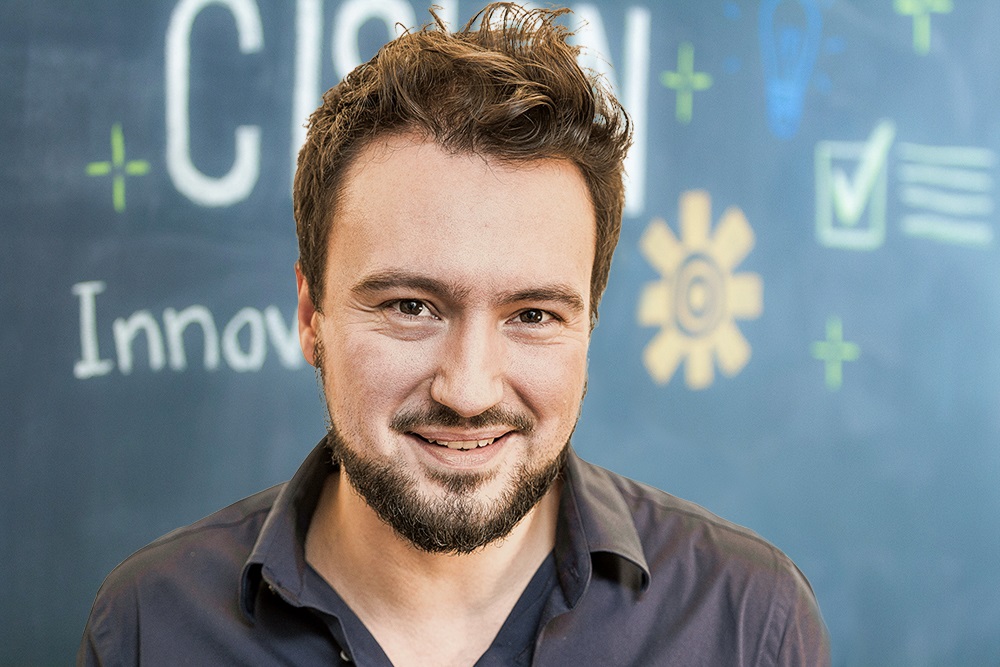 Larsen has two decades of entrepreneurial experience in the groove between marketing and technology. On the tech side, he had a stint at Oracle as one of the youngest engineers on their consulting team. He later went on to build the global communities’ platform at NetDoctor.com with a small team. This experience led him to co-found and build a Scandinavian social network from the ground up, which was then acquired by media group JP/Politiken.

He went on to co-found a boutique social tech consultancy, working with marquee brands and agencies. After growing its customer base, tech stack, and staff, he led a spin-off of the internal social media management product that would become Falcon.io, now a part of Cision. 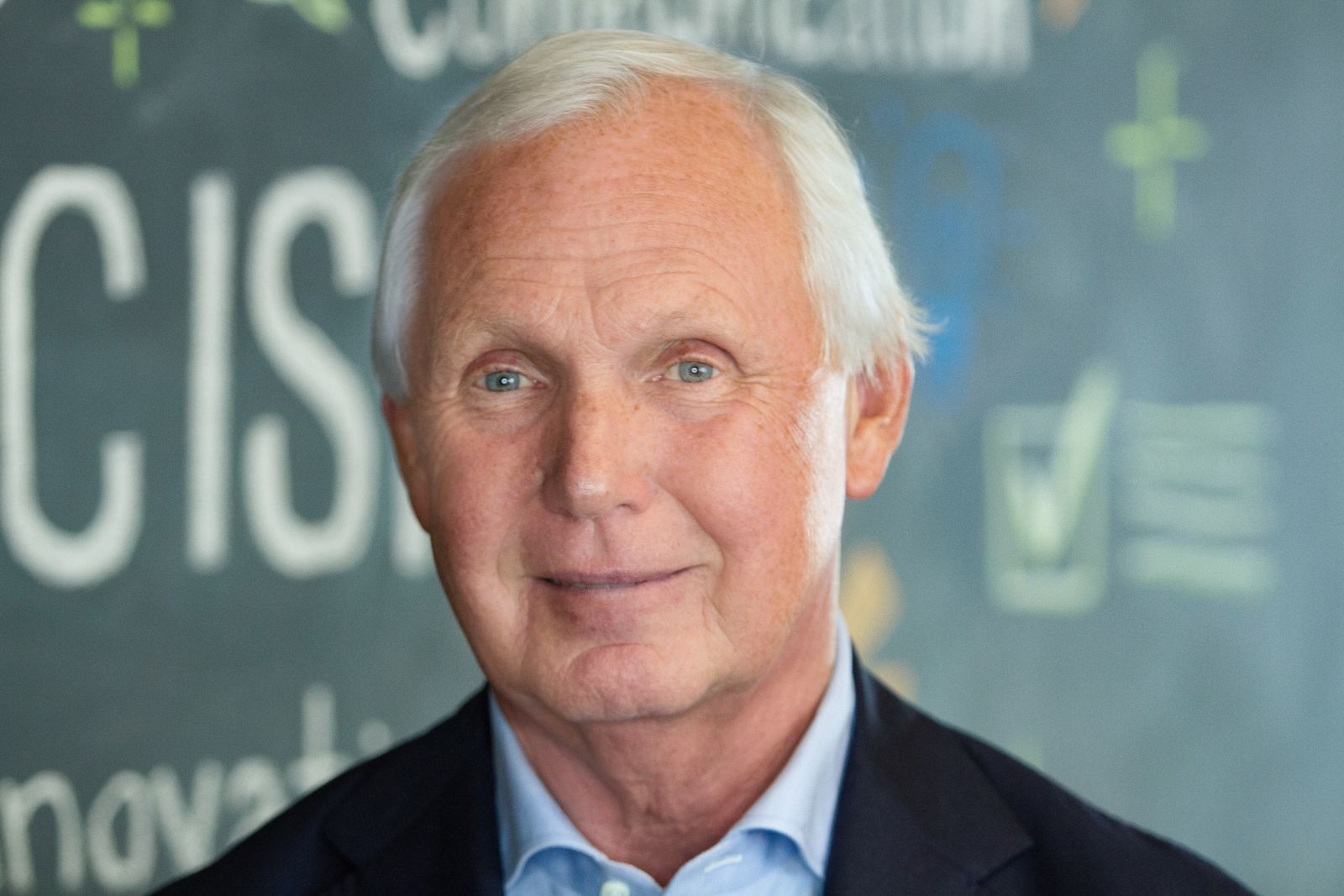 Mathes founded PRIME Research in 1988, which was later acquired by Cision in 2018. He developed PRIME Research into a leading global research organization with locations in Europe, the United States and Asia. Mathes transformed the business over time, focusing on digital competences, including PRIME.com.